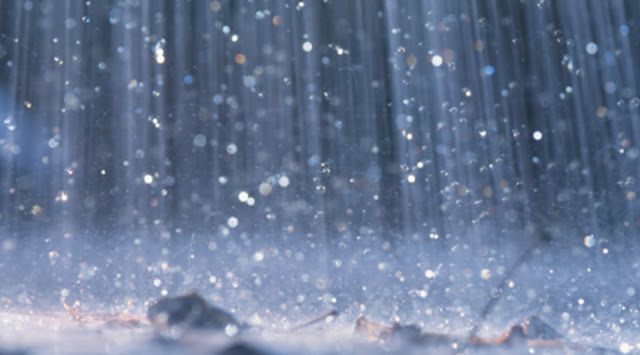 "Father open the flood gates of heaven and let it rain!"

Before I get started I am taking this moment to PAUSE... to look out the window and to watch the rain...RAIN RAIN RAIN!!

Los Angeles and California have been in one of the biggest droughts of all time, and now for the past few weeks it keeps on raining, and raining, and raining.  My body, my spirit, my light, has been feeling down, cold, wet and dark just like the rain.  I feel scared, sad, and frustrated.  I feel bereft of joy.

I wish the massive clouds full of rain would stop! But here they are in full! And deep down the earth needs it, so perhaps deep down I need it. The rain is falling on the earth to force it to rest and to receive, and the earth is having no choice but to surrender and to take in the rain.

So here I am.  Even though it feels hard to breath, I breathe.  Air comes in and out of my mouth and lungs.  And although it feels scary to have my heart beating so quickly, it is beating. In this moment, I  reach towards my inner earth and feel the presence of the damp cold darkness, to have faith and to open to feeling its beauty but also its shadow.  It is hard to put my umbrella down and to feel the rain.  I liked my cheerful protective umbrella! It allowed me to enjoy the rain and be in it, but not be soaked in it.  Here I am, umbrella tossed away, laying on the earth soaked in my journey.

This past year, starting this summer has been one of my greatest challenges faced.  I have been experiencing seizures on and off throughout this entire journey.  But end of May, around the same time I was prepping for my graduate exam for acupuncture school, grand-mal full body shaking seizures seemed to succumb to my body.  They were coming on every 2-4 days and would start with an aura and then go into a full body shake, where I would tend to fall on the ground and bite my tongue, this would generally last in full 3-5 minutes, but then had about a 20 minute come down before I would feel normal again.

They seemed to slow down a bit into the end of summer and fall.  I started to study to take the grad exam again.  I passed the first portion of it in November, which I had to fight for, but rose above.  Throughout studying for the second have of exam which was this January, I began to start having very small seizures, called auras. I actually started calling them "nirvanas" to look at them in a different way.

I felt fear arise a bit more throughout these.  I have currently been feeling the mantra of surrender, but when the seizure takes of, I feel as though surrender get sucked away.  Or perhaps it is surrender that is forced upon me pushing me down and holding me on the ground. I have posted below a video of me having a seizure.  This is very vulnerable to share, but I wanted to do this to continue to surrender and to love every wave of my life and I know there are many out there going through similar as well as different life awakening challenging experiences and it feels good to come forward and share.

When a seizure begins, it feels like the sensation of taking a giant bong rip of weed, starting in my lower abdomen a rushing nervous sensation rushes up my belly and stabs into my chest, igniting rapid palpitations of fear and extending upwards a rush of blood to my head.  A sudden sense of familiar unprovoked fear and unexplained emotions flash unto me.

I then fall into a deja vu experience having a feeling of whats happening has already happened, a sensation of everything thats being said or witnessed I have already experienced multiple times.

Sometimes I hear voices talking, that aren't the ones actually talking, as if I am in a lucid dream-like state and at any moment could awake. These sensations are then followed by extreme sleepiness, over-exhausted emotion, massive headaches, sometimes chills, as well as confusion.


Ive been the the hospital twice in the past week.  The first time was on Monday, my friend Jarrett brought me.  I have been having seizures twice a day the past 3 days straight and then on Monday I had 4, the last one being with him and was a mini blackout, so we decided to head to ER to check out and see what was going on.  Five hours later the ER released me and told me to come back later in the week to meet with my neuro-oncologist.

Tuesday morning I met with my CBD doctor. I have decided to religiously get back on a plan with CBD and THCA oil to work towards stopping seizures as well as weening off of the vimpat medication, which I truly believe is part of what is causing a lot of my symptoms.

Wednesday morning I awoke, the entire right side of my body was numb and felt weird to move, my neck was in severe pain and the entire right side of my head felt a stabbing sensation, as well as my sinuses were stuffed.  My body felt like it wanted to have seizures and the brain seemed to be skipping beats, but a full seizure wouldn't come.  To the hospital we went.  My good friend Jim drove me there, waiting in the waiting room with me for two hours, finally I got in, Jim had to leave so there I was alone in my bed,  I emphasized to the ER staff it was time to do an MRI. So off to the MRI I went. 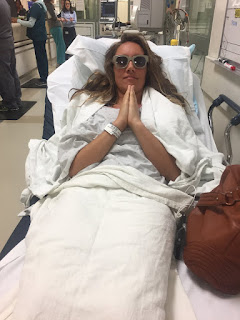 I was terrified!! I wanted to know so badly what was going on, if the tumor would show growth of if the sinuses would show inflammation. I wanted answers! I was also scared to get them, and the whole time I felt like I was on a psychedelic bad trip that I couldn't come down from.  My friend Lisa showed up just in time, as I was laying in my bed waiting for the results of the MRI.  Lisa began to perform an energetic reiki session on my body as we waited.  It couldn't have been at a better time, my body began to calm down.  Shortly after the nurse ran over and shared with us that she had seen the MRI scan and the notes of the reading state that THERE HAS BEEN NO CHANGE IN THE TUMOR since the previous MRI. Nothing.  I burst into tears.  Scream like sobbing jolted out of my chest.  I didn't know what I was feeling, just a wave of emotion was swooping over me.

A half hour later the doctor came over and confirmed what the nurse had said, that there was no change at all on the MRI, and also no showing of any sinus infection either. He then released me and scheduled me to meet with the euro-oncologist as planned on Friday.  There definitely was a HUGE weight lifted of my chest, a certain fear that felt released and given space to rest.  I assumed that on Friday I would be told to take higher dosage of my anti-seizure med, and possibly recommended some sort of chemotherapy again.  My assumption was wrong.

The doctor seemed a bit unsure himself, and I found it beautiful that he admitted that to me,  he told me not to increase the dose of medication and in fact that we should do an EEG scan next week to monitor where these seizures are coming from and what is going on, and that there is always the possibility of the medication playing a slight role, as well as stress, anxiety and other such developments.

I intend to go in and do the EEG scan in the next couple weeks, but I also intend to get this trip to India up and running.  We are currently narrowing our options between two hospitals at the moment, to fully see which one will be the best fit.  Thank you to the help of my friends my fundraiser is bringing in more funding, I only need to raise a few thousand more and I should be on my way!  I am in the works of getting my visa rushed to me.  I have also restarted on the ketogenic diet plan to see what unfolds.  Right now I am exhausted, I am tired, and I am grateful. 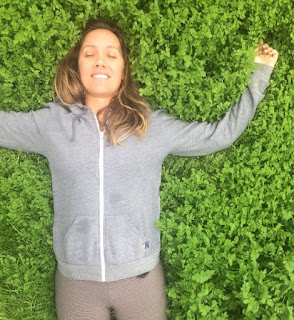 This morning I woke up with the sun shining in my eyes and a smile on my face. The grass outside was greener than green. Tears of gratitude flooded into my heart.  I had a seizure yesterday and another one today.  I have truly felt the fear of death sitting on my heart the past few days.  This body I live in is so temporary, and the people and energy I surround myself with are of utmost importance.  This experience has been providing me with an even deeper awakening of what is of utmost importance in this life, which people in my life matter the most, which vibrations help guide me to unravel the human who I truly came here to be and how to appreciate every moment of this body and this lifetime. I am currently staying at my friend Marnie's house.  She is looking after me.

My body feels exhausted and tired, a similar feeling to how I felt when I came have after the surgery.  I am forcing myself to stay put, to rest and to be watched after.  At this moment is hard,  I am vulnerable, and it brings up a lot of emotion in me.  Today I am feeling better than yesterday, and for that I am grateful. Ah Ho. 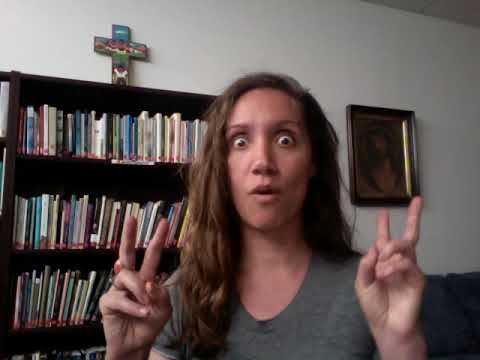